A total of 1,824 families including hospital frontliners and local government unit (LGU) workers have received fresh oyster mushrooms from the relief operations initiated by the Philippine Council for Agriculture, Aquatic and Natural Resources Research and Development of the Department of Science and Technology (DOST-PCAARRD) and implemented by the University of Northern Philippines (UNP) in Ilocos Sur.

Through these relief operations, 20 oyster mushroom growers were given assistance. UNP and DOST-PCAARRD purchased fresh oyster mushrooms produced by the growers and distribute these to LGUs.

To date, almost a ton of fresh oyster mushroom has been distributed to eight municipalities, which include Vigan City, Alilem, Sta. Catalina, Sta. Maria, and Suyo in Ilocos Sur; Binmaley and Alaminos in Pangasinan; and Aringay in La Union.

This initiative was implemented under the project titled, “Science-based Assistance in Response to COVID-19 Crisis through Distribution of Oyster Mushroom to Affected Communities and Frontline Hospitals.” It is being implemented by UNP in partnership with Don Mariano Marcos State University, Pangasinan State University, Ilocos Sur State Polytechnic College, and LGUs in the region. 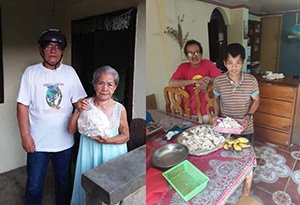 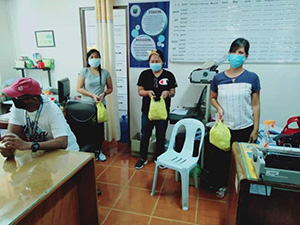